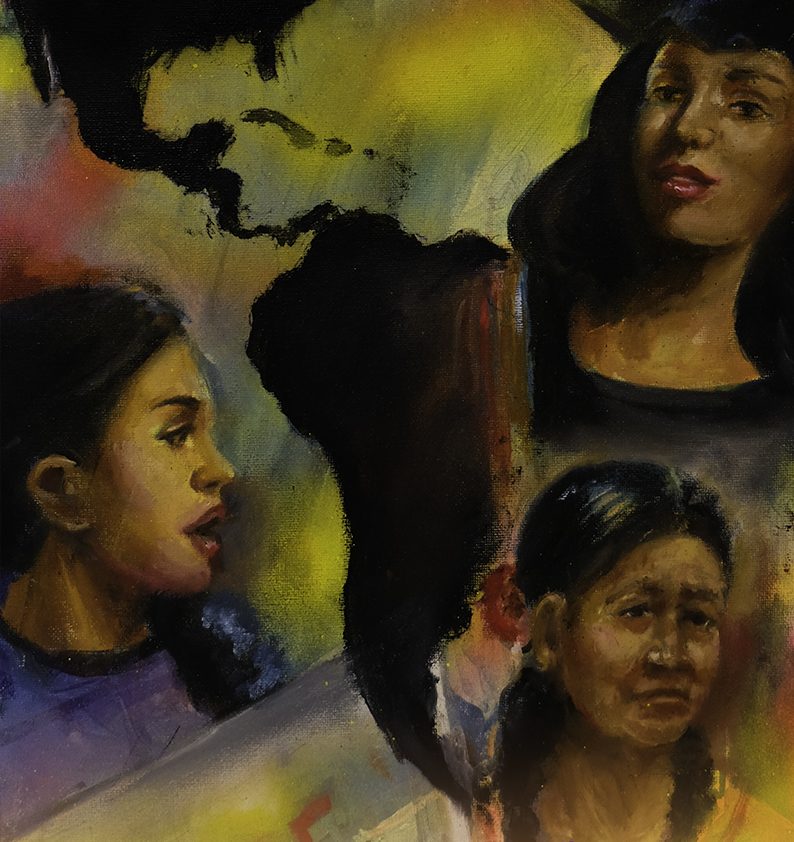 The 2018 Conference is Coming Soon!

Networking with Flor and Jennifer Equity and Excellence for All E3 Presents: What does educational excellence look like in a Global Society? (Part 3 of 3) Hector Perez
Recommended for you E3 Presents: What does educational excellence look like in a Global Society? (Part 3 of 3)

Achieving Excellence: A Renewed Vision for Education in Ontario

Ensuring Educational Equity for All Students

Tips and Tricks for Getting the Most Out of Your AirPods

MacRumors
Recommended for you

E3 Presents: What is Educational Excellence?

The awards will be presented during the conference.

College/District of the Year Award

Applications for the awards are currently open! 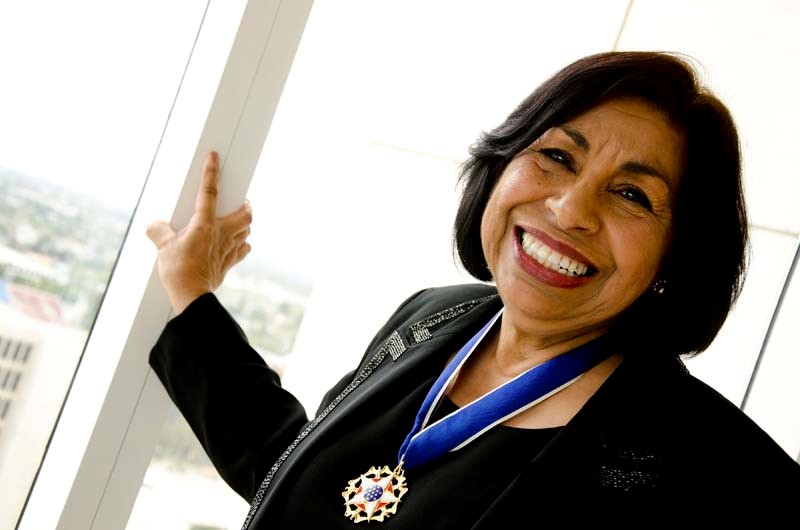 Sylvia Mendez is an American civil rights activist of Mexican-Puerto Rican heritage. At age eight, she played an instrumental role in the Mendez v. Westminster case, the landmark desegregation case of 1946. The success of the Mendez v. Westminster case made California the first state in the nation to end segregation in school, paving the way for Brown vs. Board of Education seven years later, which would bring an end to school segregation in the entire country. Mendez grew up during a time when most southern and southwestern schools were segregated.

Sylvia Mendez is the daughter of Gonzalo Mendez, a Mexican immigrant and Felicitas Mendez, a Puerto Rican immigrant, who fought so that Sylvia could have an equal education through the landmark court case battle of Mendez v. Westminster.

In 1943, students of Mexican decent were required to enroll in separate schools from Caucasian children. When Sylvia was in third grade, she and her siblings were denied admission to the segregated, “white school” near their Orange County home. The Mendez family fought back. Their 1947 victory desegregated public schools in California and became an example for broader decisions, such as the Brown v Board of education.

Sylvia Mendez’s sole intent is to convey the importance of obtaining an education by encouraging students to stay in school and continue their education.  Sylvia speaks at schools and other educational forums to educate others regarding her parents fight for desegregation of schools in California. Her efforts to begin attention to her families historical legal case has brought forth the attention of:

Denise Alvarado is serving in her 15th year as an Educator. She was a high school math educator for seven years, high school Dean of Academics for three years , and high school Assistant Principal for  the last five years. Denise Alvarado earned an Associate of Arts in 2001 from Fullerton College and Bachelor’s degree in Psychology with an emphasis in Chicana/o studies from University of California Davis in 2003. She earned a  Master of Science with an emphasis in Secondary Education from California State University Fullerton in 2009. Ms. Alvarado currently works at Magnolia High School in the Anaheim Union High School District serving as an Assistant Principal.

Ms. Alvarado has been awarded the Leadership and Outstanding Service for English Learners Award by the Orange County Department of Education. This recognition is awarded to individuals from districts across Orange County who have made significant contributions in promoting success for English learner students.  Ms. Alvarado was recognized in 2003 while serving as a Dean in Fullerton and in 2005 while serving as an Assistant Principal in Anaheim.

Ms. Alvarado has a passion for volunteering and giving back to the community She has been a Fullerton College Puente Mentor for first generation college students since 2005. She has been visiting orphanages in Baja, Mexico since 2012. She has been a member of Alpha Delta Kappa Gamma Tau, an international sorority for women educators since 2013 and she is currently the Vice President of the sorority. 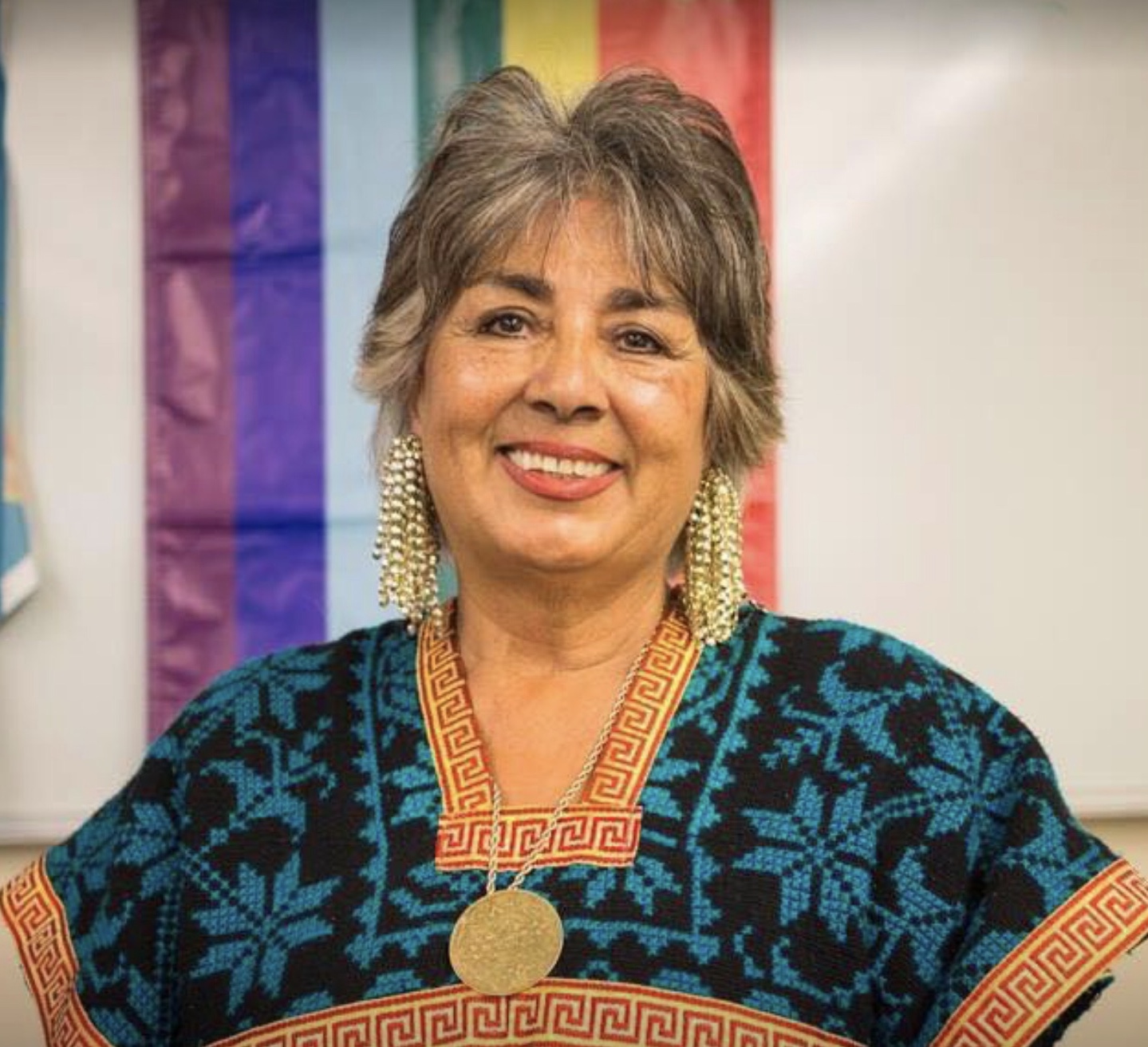 Utilizing the Indigenous art of storytelling, oral history, rap music, and spoken word, including teatro, Maria presents a feminine perspective on what has transpired over these past 500+ years since 1492, when Columbus invaded the Americas.

Before Columbus, over 70% of the Indigenous nations were peaceful and Clan centered. The invasion of 1492, followed by the infamous papal Bull of 1493 and its deadly “Doctrine of Discovery”, ushered in genocide on a hemispheric level, disruption of native values, patriarchy, and a legacy of rape and violence against Mother Earth and women and children that haunt us to this day. Yet, a new cycle is upon us, just as our ancestors predicted, in which female power, leadership, and harmony will re-emerge.